Beers Made by Walking is a program that invites brewers onto nature hikes to make beer inspired by the plants they find and the proceeds go toward environmental non-profits. Founder Eric Steen, who works as a communications specialist at Hopworks Urban Brewery in Portland, will share these adventures at our  monthly talk on Thursday February 11.

“What’s exciting about Beers Made by Walking is people that go on hikes get to learn what’s growing in their region. They learn either about native plants or invasive and how it affects the land,” Steen said. 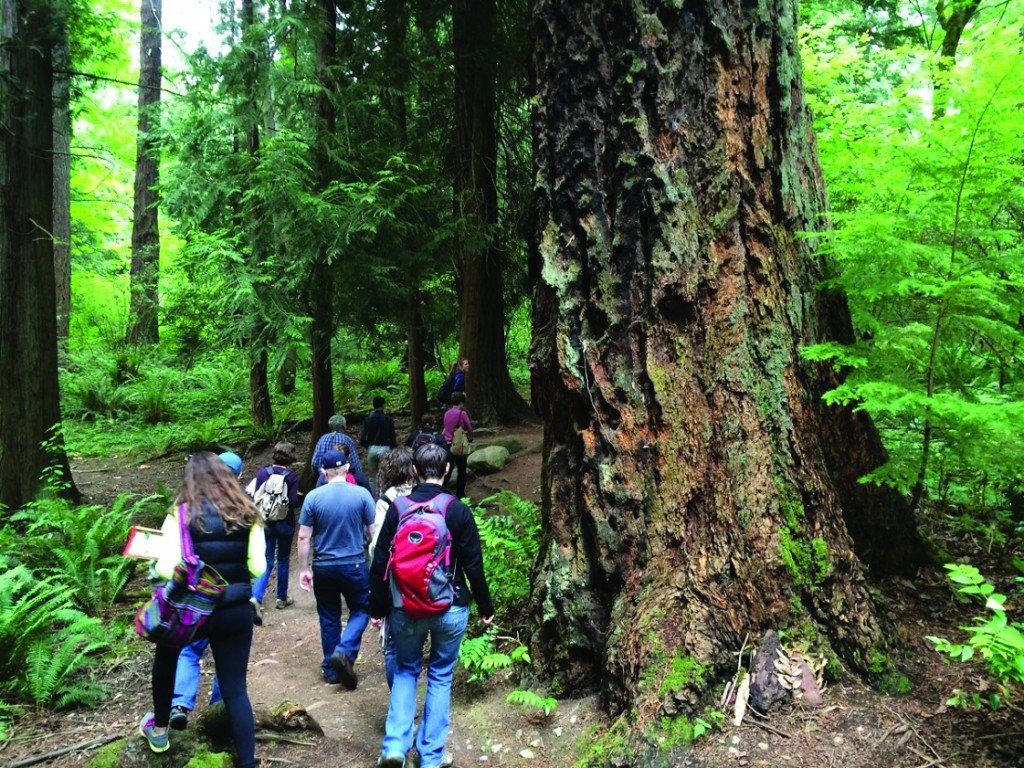 Steen will show a history of Beers Made by Walking and images of different hikes and beers as well as pop-up pubs and other unorthodox beer events he’s been organizing since 2008. For example, he worked with the Portland Art Museum to have local brewers make beer inspired by an 18th century French painting called the “Drunken Cobbler”.
“You’ll learn a little bit about how beer can be inspired by place and specifically learn about how a lot of Oregon breweries have approached place-making and beer-making as a united concept,” Steen said.

Steen says it’s not unusual to identify up to 30 medicinal plants on a walk that can be used for tea, beer, or food. A local example is Salal. Steen says the berry grows all over the coast, but you don’t see anyone using it, until recently a couple brewers used it in their beer.

Fort George Brewery is co-sponsoring Steen’s talk with us (Astoria Co-op Grocery). We hold monthly food and wellness talks called “Beers to Your Health” at the Fort George monthly. The event happens in the Fort George Lovell Showroom at 426 14th Street in Astoria. Doors open at 6 p.m. and food and drinks are available from the taproom. The presentation begins at 7 p.m. and lasts about an hour. It is free and open to all ages.