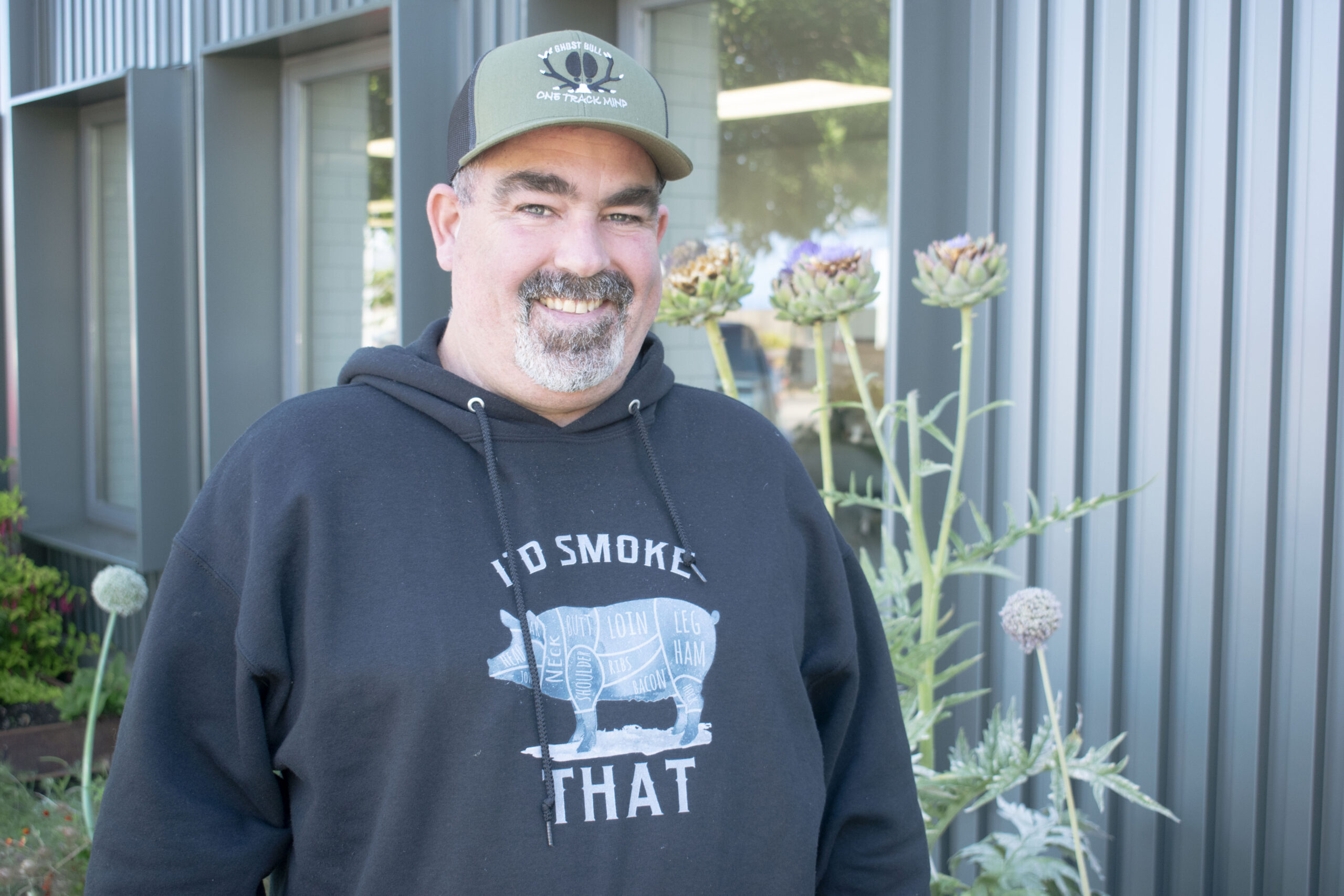 Originally from Northern California, Dodge comes with 18 years of meat department experience, 15 of those years as a manager. He worked for the same company, Nugget Markets, for over two decades before deciding to move up to Astoria to live on the coast, be close to friends and family, and manage the co-op’s meat department.

Dodge brings a high level of expertise and knowledge to his role, and has even competed in barbecue contests.

“I’ve done everything, I’ve broken down animals, been to beef and chicken farms all over the West Coast and I’ve seen their operations,” he said. He added that Smart Chicken, where the co-op gets most of its chicken, has one of the cleanest plants he’s seen in his life.

As the meat manager, Dodge plans to re-categorize the meat section and work on growing the amount and types of meat the co-op offers.

Some items to look forward to at the beginning of September include local coho salmon from the Columbia River and dry-aged meat from the co-op’s own dry ager.

He said customers might not realize it, but the co-op cuts a lot of meat right at the store, and even has an in-house sausage making program.

“I’m excited to be here, re-energized, and I’m looking forward to growing this co-op,” Dodge said.

After work hours and on his days off, Dodge enjoys exploring the area and going fishing.

“Here we get the woods and the ocean all within 15 minutes,” he said. “It’s awesome!”