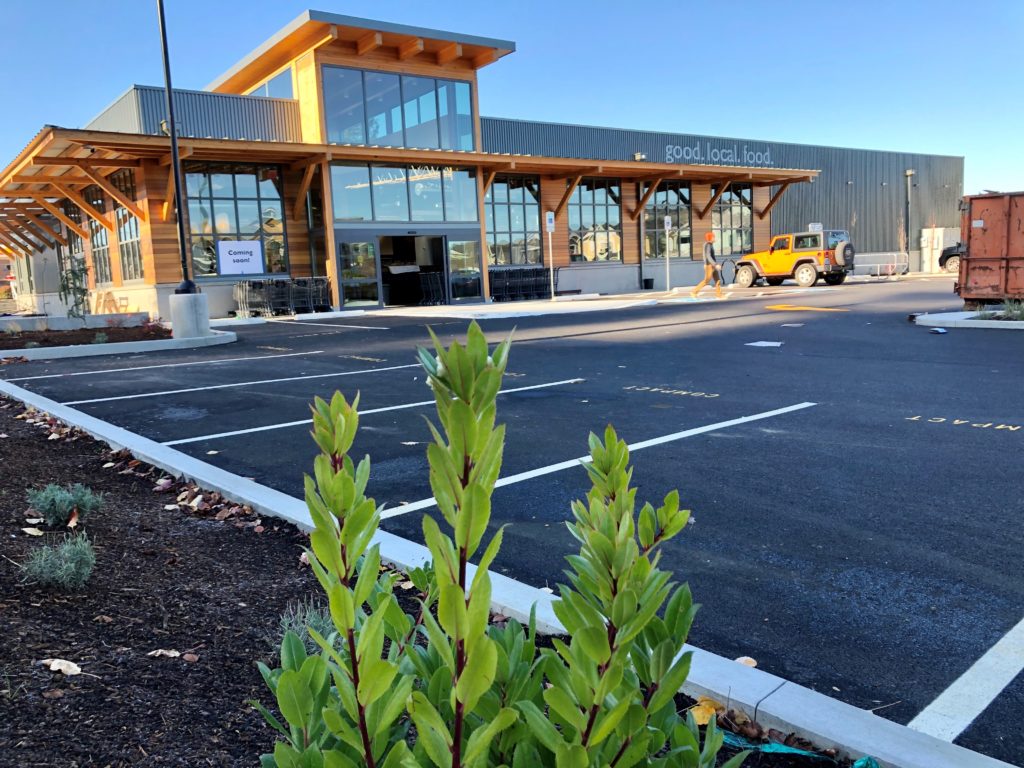 Astoria Co+op’s vision for a bigger new store becomes a reality as it opens the doors to its new space on Wednesday December 11 following a ribbon-cutting ceremony at 10 a.m.

The co-op’s newly constructed 12,000 square foot building at 2350 Marine Drive will provide four-times more space, plenty of parking, and new amenities. Every department is expanding, with a focus on fresh and a deli which will feature a hot bar, salad bar, and made-to-order foods.

“Shoppers with any dietary restriction or preference will be able to find something they love. My busy family will be trusting the organic produce and quality meats we use in the deli when making dinner can’t happen,” Co-op General Manager Matt Stanley said.

The expansion fulfills a major goal of the co-op’s five-year strategic plan which aims to create a welcoming community store and thriving local economy. The plan, adopted by the co-op’s board of directors in 2014, included extensive outreach and reflected strong public support for expansion.

The co-op raised more than $2 million in local investments from its consumer-owners. This successful capital campaign was instrumental in leveraging additional financing to make the $10-million project possible.

The new location is the former home of Astoria Plywood Mill, a worker-owned co-op. The mill shut down in the late 1980’s and the City of Astoria embarked on a major environmental cleanup so the area could be redeveloped into a mixed-use neighborhood.

The co-op, formerly known as “The Community Store,” opened 45 years ago at a storefront near the Columbian Café on Marine Drive in Astoria. While the co-op has grown and evolved over the years, it’s focus on natural, organic and local foods remains the same. The co-op is a community-owned grocery store and all shoppers are welcome, no membership needed.

The co-op’s current location at 1355 Exchange Street in Astoria will close after Sunday, December 8. The co-op plans to hold a moving sale this week, discounting groceries, in order to sell down its inventory.

While the December 11 opening is considered a “soft opening” the co-op encourages everyone to come check out the new store. A grand opening celebration is being planned for January.