We’re getting such a positive response following our big announcement! Securing a location for the new store was a big step. Since then we’ve met with Co-op owners and the people who live near our future site.

On June 8 we hosted a Co-op Conversation at Shively Hall. Co-op General Manager Matt Stanley, along with several members of our Board of Directors, shared information, answered questions, and heard suggestions.

The meeting started off with background on the project. The Co-op’s Board adopted a strategic plan three years ago which includes an expanded store. Through the planning process the Board solicited feedback and heard loud and clear the community’s desire for a bigger store offering more of what our shoppers love. Further research including a market study and consulting with our co-op grocery peers confirmed this concept viable.

The Board set criteria for a new store site. The essential elements included a space in Astoria large enough for an approximate 10,000 square foot store with plenty of space for parking and ease of access. Desires included river views, adjacent to the Riverwalk, pedestrian access, close to Columbia Memorial Hospital, and space to customize a store from the ground up.

Then came two years of searching for a site which included talking to property owners, and thoroughly investigating everything in Astoria that met our criteria. The board narrowed locations down to a handful and visited each place to get a feel for them. Finally, the Co-op signed a lease which includes construction of a new store at 23rd and Marine Drive in the Millpond development at the end of May. 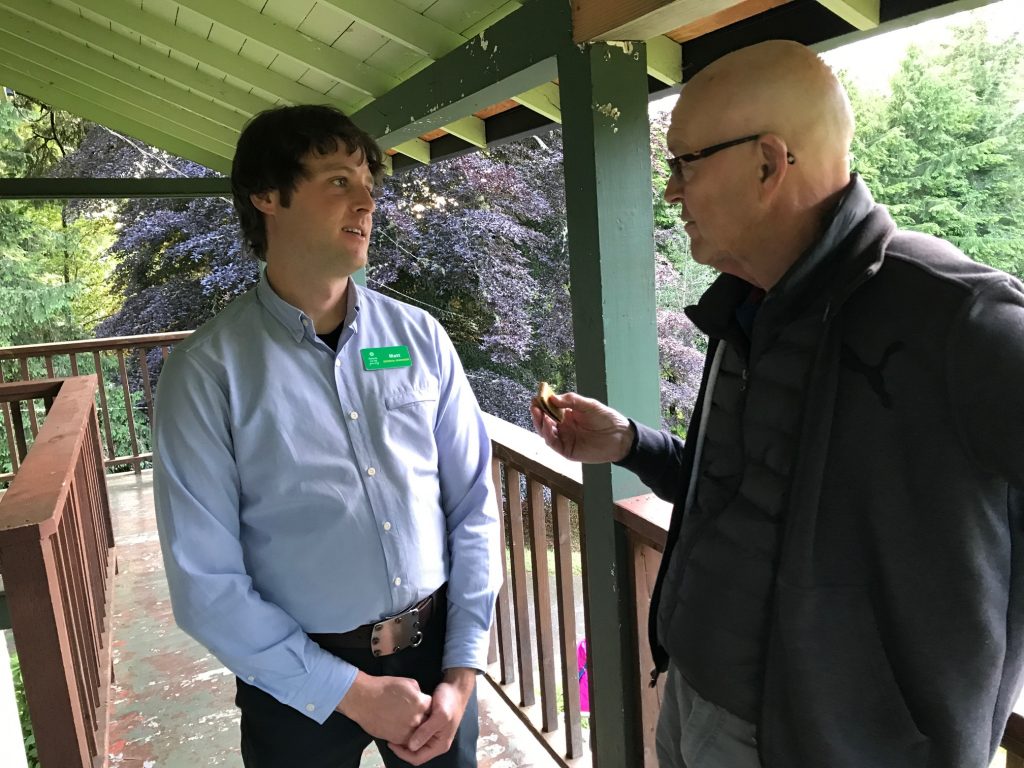 Several questions and ideas came up at our Shively meeting such as who will be responsible for building the store, how big it will be, whether housing could be added above, traffic concerns, and the desire for owners to be involved. The property owner will construct an approximate 11,000 square foot building and will be conducting a traffic study with Oregon Department of Transportation to address any necessary mitigation. Housing is not being considered as there is no interest from the developer due to costs and height limitation in the area. Co-op owners can get involved by staying informed, showing support during the city land use approvals process, and helping with our capital campaign.

On June 17 we met some of our new neighbors at the Millpond homeowner’s annual meeting. 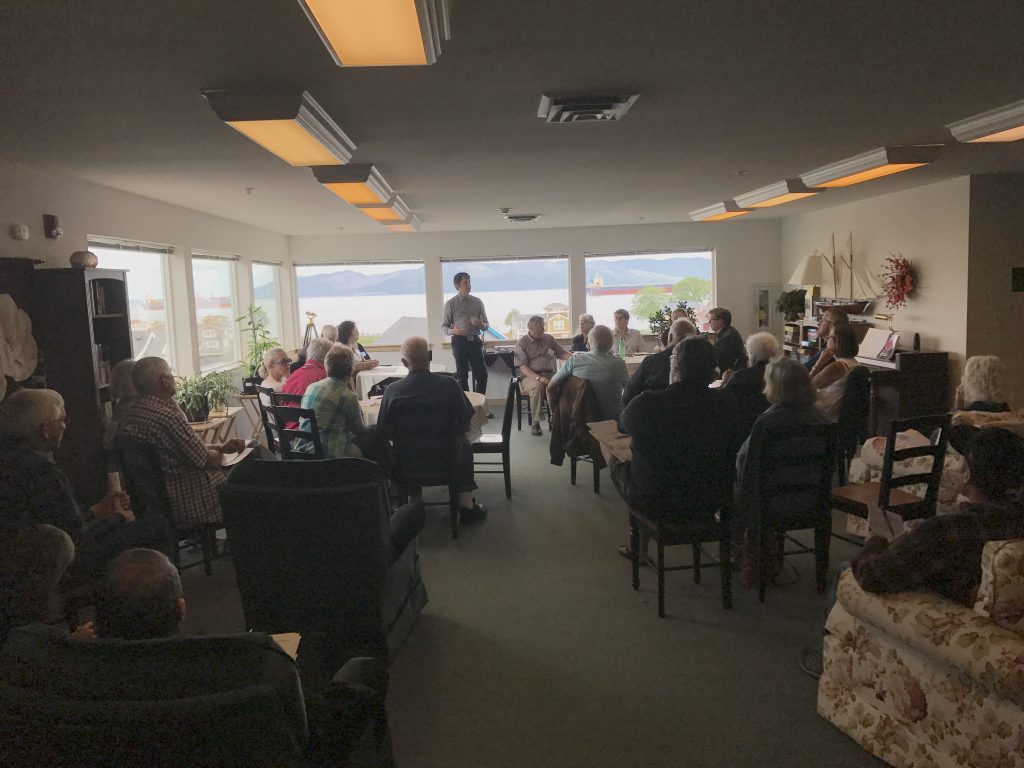 Many residents said they felt really positive about our proposal. Questions and concerns related to aesthetics, landscaping, and delivery-truck times.

Millpond was a former plywood mill that underwent transformation from polluted site to a clean, model community with senior housing, low income housing, townhouses, and single family homes. We believe the commercial property where we will build the new store will fulfill the original intent of this mixed used development and be a tremendous asset to the neighborhood and our entire coastal community.

At this time there are so many variables with planning the store and financing that we can’t say when the new store would open. It is safe to say though that we are working diligently toward this goal every day. Co-op staff members are extremely excited about the additional space, more efficient layout, and break room. It will make it that much easier to serve you even better with more healthy fresh food, local products, and plenty of space to shop, park and dine. Thanks so much to everyone in the community who has asked good questions and weighed-in with positivity. Feel free to get in touch if you have any more questions, concerns and/or ideas.