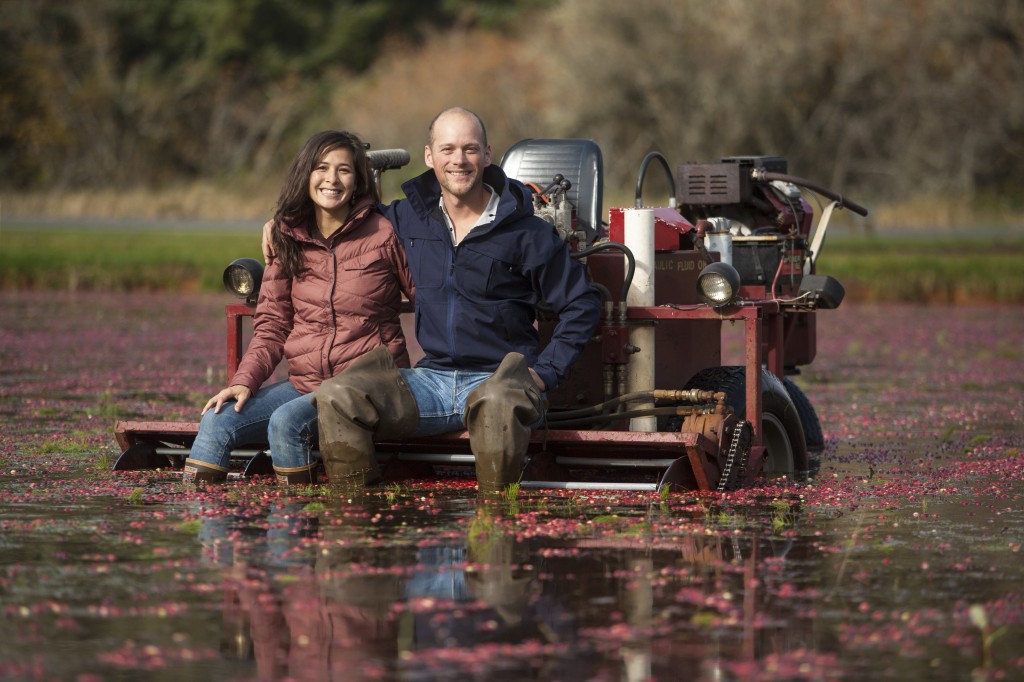 The farmers of Washington state’s first and only certified organic cranberry farm will be sampling out their juice at the Co-op on the first day of our Spring 2015 Owner Appreciation Week.  Stop by the store and try some on Sunday May 10 at 11 a.m. to 1 p.m.

Starvation Alley encompasses a total of 10 acres in Seaview Washington and Long Beach. Jared Oakes and Jessika Tantisook took over the farm where Oakes grew up in 2010. They wanted to farm cranberries organically, but were told by farmers and other experts that it wasn’t possible. They explored that assumption and eventually gained organic certification for their farm.
“It is hard, especially in the beginning because we didn’t have any support. If you want to learn to grow organic apples you could probably find enough stuff on line, call universities, or get advice from professionals. That wasn’t available for cranberries. As new farmers transitioning to organic we lost a lot of production for the first two years, hence the value added products,” Tantisook said. 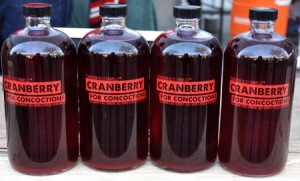 Starvation Alley created a brand of juice that attracted the attention of the emerging craft cocktail industry. The farmers sell their product to 70 accounts, mostly bars in Portland and Seattle. They sell their juice and cranberries at farmers markets and locally at Astoria Co-op. The juice is raw, unsweetened and undiluted cranberries. It is not heated or pasteurized which Tantisook says enhances the health benefits and taste.

Starvation Alley Farms is building its research database with a goal of spreading sustainable farming and educating consumers about the food system and the importance of supporting local farmers. They are working with two other cranberry growers on the Long Beach Peninsula to transition to organic certification. There are currently only about 300 acres of organic cranberry farms in the U.S. out of 39,000 total acres of producing cranberry bogs.