You don’t need to travel far to get a taste of Europe. Just come to the Co-op’s wine tasting for our newest French and Italian wines that pair well with some of the fresh seafood we now carry and even barbecue ribs (see notes below).  Lisa Parks from Galaxy Wine Company will be hosting the tasting.  For our 21 and over shoppers, you can sample wine starting at 3 p.m. on Saturday June 19, until about 6 p.m.  Did you know you can save 10% when you buy 6 bottles of wine at the Co-op?

The following are notes Lisa provided for the wines that will be featured at the tasting and which are available at the Co-op:

–  A complete overachiever delivering notes of citrus, gravel and seashore…not without its racy mineralité

– Established in 1988, the quality and consistency at Haut Rian has soared since the 2001 vintage

–  Derived from three different soils: clay in the Entre-Deux-Mers with gravel and limestone along the Garonne’s river bank

–  100% stainless steel aging allows the wine to show its naked truth…sometimes a wine’s fruit and terroir are more than enough!!!

–  Located in the town of Rions, the original intention was to name the winery Haut-Rion…but big brother Haut Brion said no

– One of Matt Kramer’s 2005 Wine Spectator selections for My Wines of the Year…”France should clone this guy.”

– “If there’s a better dry white wine for the little money, I haven’t tasted it.  I’ve tasted a good many dry whites at twice this price that weren’t half as good.”  Matt Kramer The Oregonian August 20, 2006

–  En France and needing a Haut Rian fix?  Go to any of the 165 Nicholas stores…they regularly stock the Blanc, Rosé and Rouge

– Superb wine with shellfish and lighter seafoods such as sole

– Haut Rian is to oysters what milk is to chocolate chip cookies! 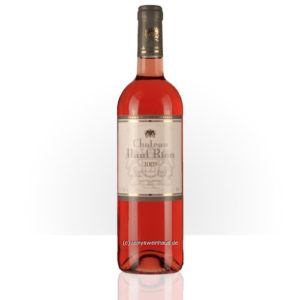 – Refreshing and inviting notes of melons, strawberries and star anise

– A very short maceration with the skins provides for a delicate, salmon color

– A rosé picked via rosé intention only, meaning a good two weeks before the ones are picked for the red wine

– Like the estate’s Bordeaux Blanc, stainless steel is the vehicle for fermentation and élevage

– In France and needing an Haut Rian fix? The Nicolas stores feature the Blanc, Rose and Rouge in all 165 stores!!!

– Located in the town of Rions, the original intention was to name the winery Haut-Rion…but big brother Haut Brion said no

–  Outstanding with charcuterie, goat cheese, summer salads or simply as an aperitif…at its best with spicy BBQ ribs!!! 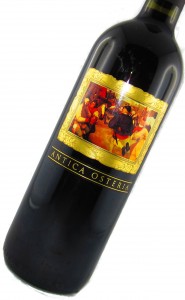 So much spice and boldness for so little, two brothers took over this estate from their father in the 1970s. Today their children are now taking the reigns, making 5 generations of winemakers in this family. This is typical of what we would drink from a carafe when we visit a cantina. There is a delicious saltiness perception about the wine (it’s not actually in the wine) which makes it especially good with grilled meats. It’s a great choice as an everyday red. Try With: Grilled red meat, grilled sausages, and pizza.