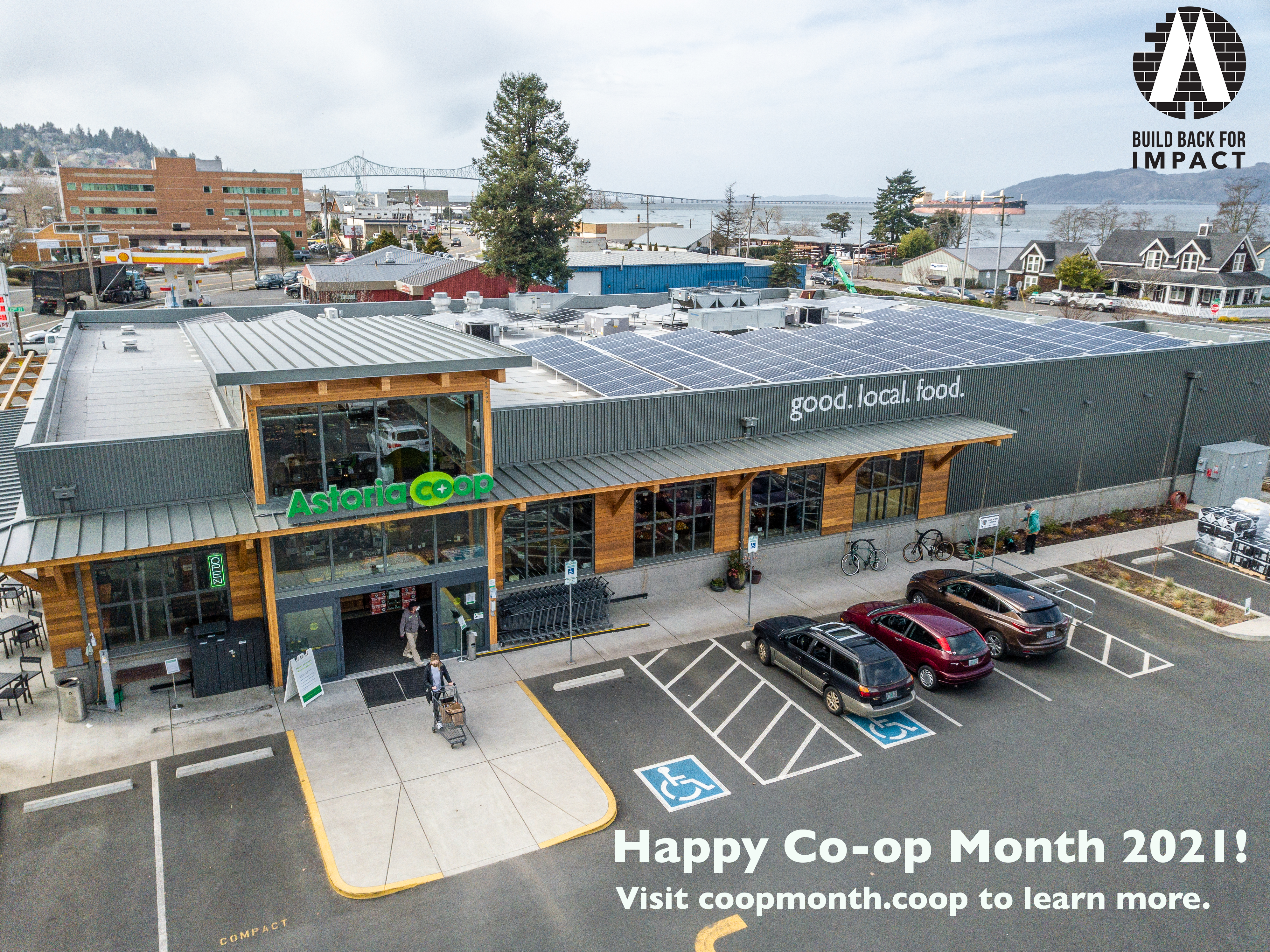 Happy National Co-op Month! During October, cooperatives across the country are celebrating and raising awareness of this trusted, proven way to do business and build communities. This year’s theme is “Build Back for Impact,” cooperating together to face some of the biggest challenges, including a global pandemic, climate emergency and systemic racism.

“As we build back an economy that works for everyone, our biggest impact comes from embracing the values and principles that make us truly unique,” according to coopmonth.coop.

“Nearly 12% of global economic activity is thought to occur through cooperatives,” Stanley said. “There are 64,000 cooperatives operating in the United States alone. It is a growing model that could be part of a solution for the vast inequality pervasive worldwide.”

We will be running an ownership drive during the week of October 24-30, when we will be promoting new member sign-ups with some giveaways. Learn about becoming a member here.